Supporting environmental education through art: A conversation with the Bancroft Foundation

In the wake of our overwhelmingly successful Kickstarter campaign where 503 people made contributions to help finish City of Trees, Meridian Hill Pictures’ first feature-length documentary, we’d like to take a moment to highlight some of the early supporters and collaborators who have made the film possible from the outset. The first in our series of partner spotlights is the Bancroft Foundation.

Since 1999, the Baltimore-based Bancroft Foundation has helped support a variety of educational and environmental programs in the greater DC area. For the past three years, Bancroft grants have provided crucial support for our work on City of Trees.

In a conversation with MHP executive director Lance Kramer, Marc Kahn (right), the founding member of the Bancroft Foundation, spoke about his philanthropic priorities and how they align with our work at the studio. 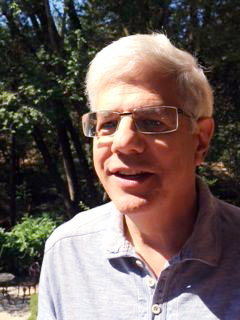 Giving to local, grassroots, community-focused organizations was important to the foundation from the start:

The foundation’s focus on environmental causes is based on addressing what Kahn describes as a disconnect between members of disadvantaged communities and their natural surroundings. The goal is to help bridge that gap, bringing people closer to the land and water, through the organizations the foundation supports.

“Our ideal outcome would be to get some of the disenfranchised members of the community… more involved in environmental education,” Kahn said.

And that’s part of the reason City of Trees piqued their interest.

The film met another key criterion for Bancroft grantees: “It has to be something that tickles our imagination,” Kahn said. And a film project, he said, fits the bill. “Film is such a great medium—and it can also be a great teaching tool.” 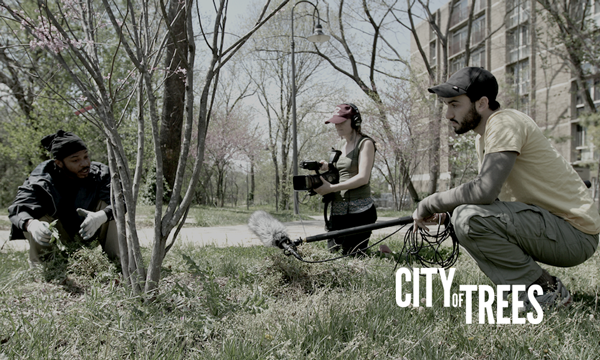 Supporting local groups provides opportunities for in-person interaction, which Kahn said is critical for funding decisions. “Unless you can feel it, see it, and know the people involved, [there’s] really nothing equal,” he said. The foundation’s grantmaking often starts with dialogues, projects and priorities that come out of early face-to-face meetings.

“We have to feel that our funding does have an impact—that maybe our funding can still leverage other funding.”

That’s certainly been the case for City of Trees. Soon after acceptance of the grant from the Bancroft Foundation, MHP also received a grant from the All Souls Beckner Fund, another local grantmaker. Thanks to these institutional funders and the $58,000 raised through crowdfunding, the film is nearing a final cut and will be submitted to a number of high-profile film festivals over the next few months.

So what’s next on Bancroft’s agenda? Looking ahead, water issues will be a focus area, Kahn says, though the foundation’s goals remain similar.

“The needs will always exceed the amount of resources available,” he said. “So we just try to do what we can do. We’re not changing the world but hopefully we’re changing a little bit of the world.”

Donate to the film