A full circle to Full Frame

The best film festivals uniquely create an atmosphere that brings together the most experienced filmmakers in the craft and people just getting their start. 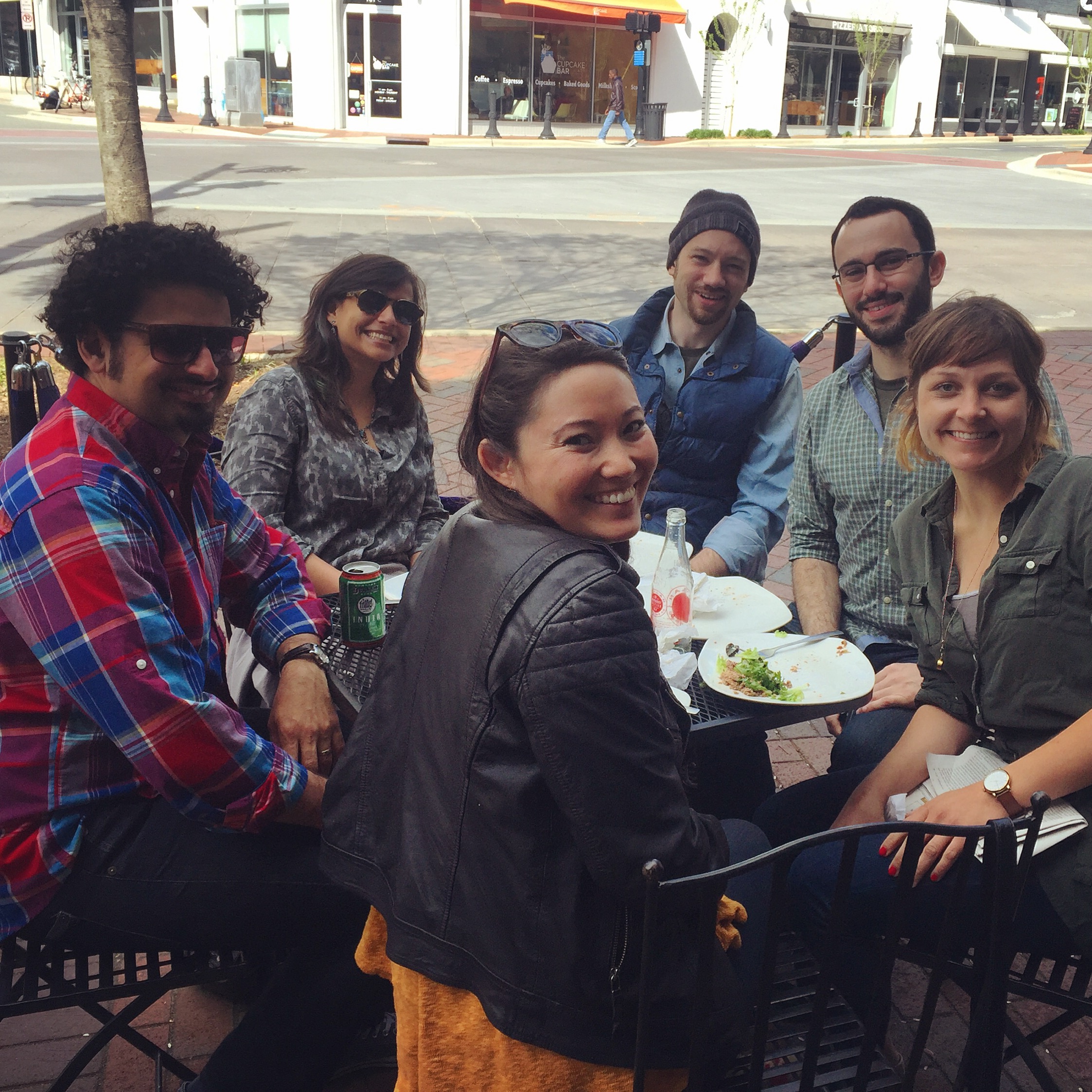 Over the past several years attending Full Frame, as a young, 'emerging' filmmaker, I have been fortunate to form meaningful relationships with some of the most gifted living filmmakers who regularly make the pilgrimage. Whether they are aware of this or not, these individuals have had a profound impact in shaping my values as a filmmaker and a person.  As my brother Lance and I set out to create our first feature documentary five years ago, every step of the process felt new, unknown and unexpected. The people we befriended at Full Frame over this time have shared their unique source of wisdom, allowing us to apply the lessons they’ve learned over decades of work toward the many ethical and artistic challenges we faced in our new venture. Lance and I have come to rely on this community of likeminded practitioners at Full Frame to help us see and understand the nuances in this craft. This festival has become one of our most treasured sources of wisdom, friendship, artistic growth, and community.

Full Frame makes festival-goers feel comfortable and engaged in downtown Durham the same way a master filmmaker crafts a story that engrosses an audience. You can’t help but lose yourself in the combination of great films, delicious barbeque, warm weather, blooming springtime flowers and friendly faces. The proximity of all of the films within a small radius downtown keep people comfortably contained and constantly running into one-another. Meaningful relationships emerge simply by sitting under the tent eating a salad, walking out of a film’s Q&A and talking to the person next to you in the lobby, or playing ping pong together at an after-party. Quickly, everything and everyone becomes familiar. Similar to the way bonds build with bunkmates in summer camp, the friendships and bonds are started and strengthened day-by-day.

Over drinks, in-line for food and waiting in-between films, at Full Frame I have had the chance to get to know masterful filmmakers like Katy Chevigny, Bernardo Ruiz, Sharon Shattuck, Gordon Quinn and the phenomenal Kartemquin staff. On the drives down from DC to Durham, I have deepened my relationships with people who have become my closest friends in the DC filmmaking community, people like Erica Ginsberg, Angelica Das, Chithra Jeyaram, Jason Osder, and Scott Lunt. At Full Frame, they have shared unforgettable insights based on their filmmaking experiences. At home, we have become regular collaborators, friends and continued to support one another’s work. My sense of community in DC has become strengthened and solidified through my time in North Carolina. The festival has pushed me to step out of my element, and encouraged a moment to unwind, reflect and learn together over a shared passion for the craft of documentary filmmaking.

At the end of the day, the attention to the craft is what really makes this festival so unique. The programming always has a particular emphasis on stories that are emotionally compelling, intimate, raw, and told with an approach that I haven’t quite seen before. The films feel deeply rooted in people: they absorb us, change us, and leave us thinking differently about the world and communities we live in. The festival does not seem to have a blind allegiance to big names, big budgets, or big issues, but rather a genuine focus on exceptional storytelling. When you watch a great film at Full Frame, you can sit back with ease and allow the filmmaker to guide you through an experience. You feel in capable hands, and can trust that the filmmaker knows what they are doing to guide you on a responsible, emotional and unforgettable journey to the end credits. Every year, I feel exposed to new compelling stories rooted in love, empathy, and a profound desire to make the world a better place through this art form. It feels so good to sit back and surrender to the festival. 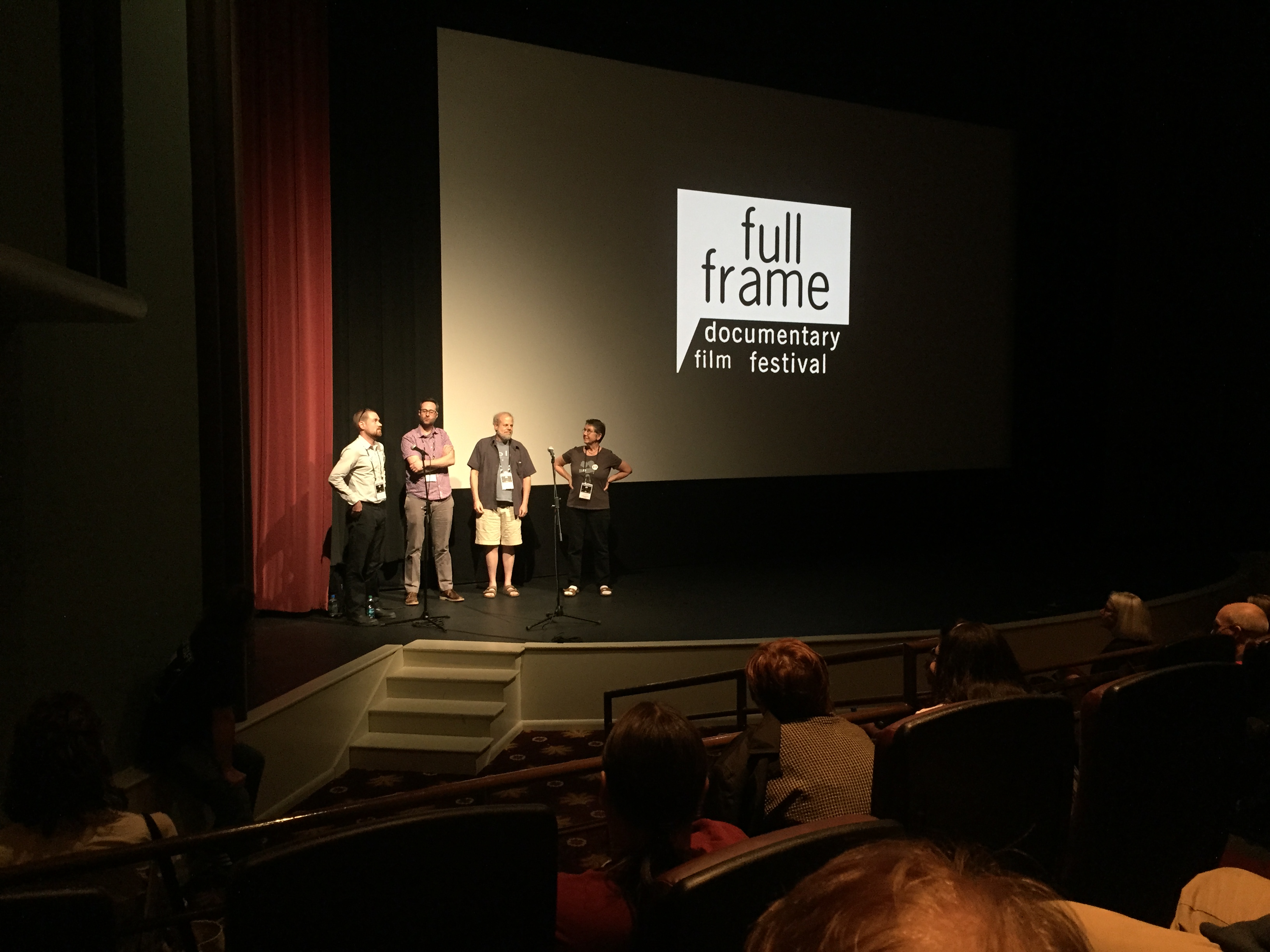 I have spent a lot of time over the past few years reflecting on the way Full Frame has impacted my life, but I’ve had very little time to reflect on what it means to have our own film in this same festival for the first time. Every year, I've always admired these films, learned from these films, have felt moved by these films, and looked to these filmmakers as sources of guiding light and inspiration for my own work. A couple of months ago, when I was in a staff meeting rudely checking my email during the meeting, I received an acceptance letter from Full Frame sharing that our film CITY OF TREES would be playing in this year’s festival. While my brother Lance was in mid-sentence, I may or may not have screamed out an expletive to the whole Meridian Hill Pictures staff. Everyone thought something was wrong, and then I quietly said “We got into Full Frame!!” and our small team starting giving each other hugs.

This week is a deeply humbling moment for our entire team. CITY OF TREES is our first independent film, and we are learning so much along the way. We poured the last five years of our life into telling this story, we believe in this story so much. It’s an incredible thing to feel this kind of support from a community I respect so deeply and I could not be more thrilled to have the film watched by the field’s most experienced, thoughtful, intentional filmmaking community. I still cannot believe that our story will play in a festival that is programming the work of people like D.A. Pennebaker and Chris Heggedus, whose films Don’t Look Back and The War Room were the works that inspired me to become a documentary filmmaker in the first place. I can’t wait to have the opportunity to share the film, talk with people afterwards, learn from their reactions, and help us understand the way the story we created can reach audiences in the most meaningful way possible.

The films and filmmakers I have met at Full Frame have shaped the way I direct films. Full Frame’s fingerprints are all over CITY OF TREES. When I first attended the festival three years ago, the film was a mess of footage on a hard drive and dreams in my head. Thanks to the lessons, mentors, and the ideas that flowed through my experiences attending Full Frame, I am able to return to Durham full-circle with a completed piece I could not be more proud to share.